Throughout the years Whitburn has contributed a number of players to the Scotland Junior international team. This team obviously has a much lower profile than the national team, but gaining a cap is just as important (if not more so) to junior players. The reason for this is twofold - there is more competition for places since there are more junior players and the team only plays a handful of games each season compared to the senior team.

Details are pretty sketchy since the exploits of the junior team do not gain much exposure in the national press. It is hoped that through time more details can be provided. Anyone who can provide information such as omissions, numbers of caps, years, etc, please contact me by email. 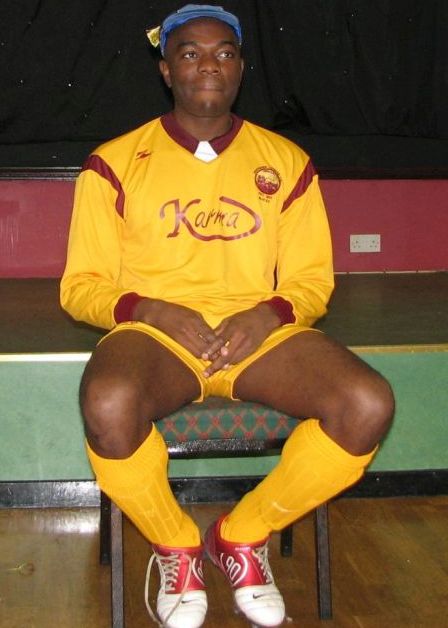 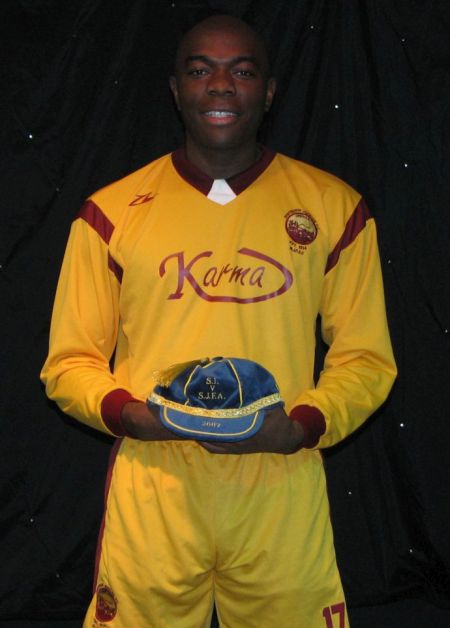 Two pictures of Joe Mbu with his Scotland Cap. Joe was a fan's favourite who played in central defence and after his career with Whitburn went senior and played for Cowdenbeath for many years.