The Under 20 team are played their fourth friendly on Thursday 4 August against Linlithgow Rose and emerged deserved 4-2 winners. The first half, after an early deflected goal from the home side, was one way traffic with Whitburn playing excellent passing football and they scored three goals - two from Kamil Spalony and one from Zane Russell. The second half was more even as Linlithgow scored halfway through and tried hard for an equaliser but the young team held out without too much trouble and a last minute penalty by Chris Hughes sealed a fine win. The final friendly will be away to Benburb who they play at New Tinto Park a week on Tuesday with the kick off to be confirmed. They will be hoping to continue the good form that has seen them in a 6-0 defeat of Newmains, a 3-3 draw with Dundonald and a 4-1 win at Lothian Thistle Hitchison Vale.

Whitburn will be entering an Under 20 team this season and they will play in Conference C of the Scottish Lowlands Development Football league. The season begins on 12th August and their home games will be played at Central Park when possible. Their opponents are shown in the graphic below and we wish them the best of luck. We hope to see many of them progress to the senior team! The first three league fixtures have been announced and their season starts on Friday 12 August with a game away to Fauldhouse. The following Friday they will be at home to Hill of Beath and on 26 August they take on West Calder away. The times and venues are to be confirmed. 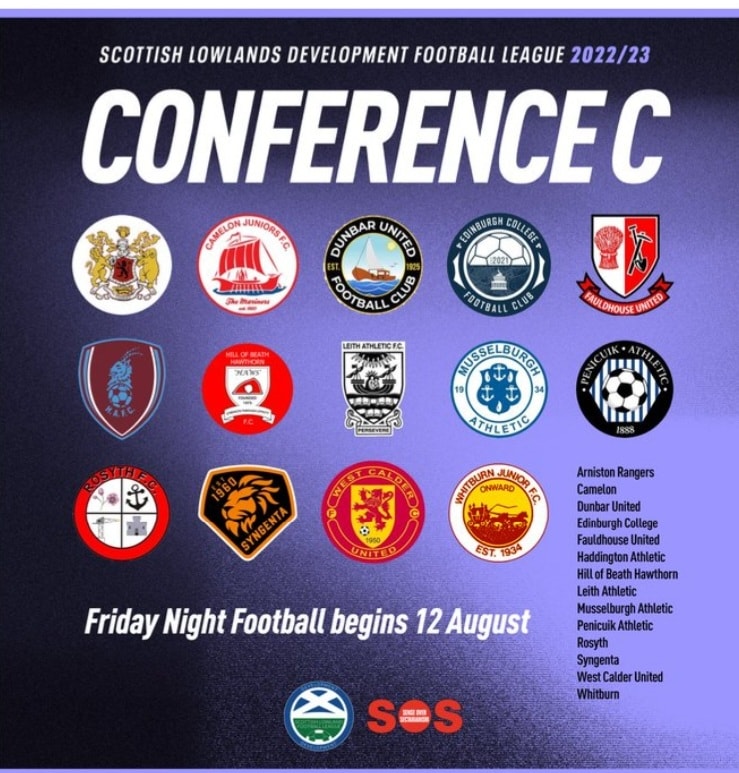